Can Vodka Cause Alcoholism?

Vodka is an alcoholic beverage popular in Russia and many other countries. It is usually made from potatoes, but it can also be made from grapes and other fruits. Some variants are made from corn and other grains.

As an alcoholic drink, taking too much vodka will intoxicate you. In the long-term, this may lead to alcohol use disorder, otherwise known as alcoholism.

How much alcohol is in vodka? 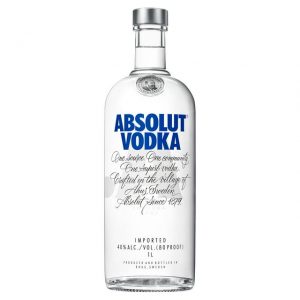 Different variants of vodka have varying levels of alcohol content. Typically, though, this beverage contains about 40% alcohol by volume. That means if you have a 1 liter bottle of vodka, it contains 400mL of alcohol.

Other formulations can have as much as 95% alcohol, though. At these levels, the alcohol content is enough to be fatal.

This happens when you drink too much alcohol over time. As a consequence, your body becomes so used to the feeling of having alcohol inside you that it has a hard time adjusting when the alcohol is gone. In other words, you have developed a dependence on alcohol. When this happens, you can no longer function normally without alcohol.

If you happen to have alcoholism, you will keep drinking despite its harmful consequences. You might get fired from your job, lose friends, or damage your relationship with your family, but you would still drink anyway. Even bearing the brunt of these negative effects is not enough to convince you to stop drinking.

When you suffer from alcoholism and attempt to quit drinking, it will be hard. You’ll experience unpleasant withdrawal symptoms, which would likely lead you to drink again.

Vodka and other similar beverages can cause alcoholism.

What are those withdrawal symptoms?

Collectively, these symptoms are lumped into a condition called alcohol withdrawal syndrome. This can happen when you’ve been drinking a lot of vodka, then suddenly stop or reduce your intake.

The symptoms of alcohol withdrawal include both physical and emotional ones. They vary from the mild to the possibly fatal.

These symptoms may appear as early as 6 hours after your last drink. In other cases, they would show up after a few days. Once you get alcohol withdrawal, you would most likely have at least two of the symptoms above.

If your symptoms are mild, they may persist for weeks, and some of them can get worse after two to three days.

How can alcohol withdrawal be fatal?

There is a severe withdrawal symptom known as delirium tremens or DT, which has the following manifestations:

DT is considered a medical emergency. If you’re experiencing these symptoms, go to the emergency room immediately or have someone call 911 for you.

How do I know if I’m at risk of developing alcoholism?

Drinking too much vodka is one major cause of alcoholism. “Too much” depends on whether you are male or female. If you’re male, having more than 15 drinks of vodka per week is too much; if you’re female, it’s more than 12 drinks per week. In terms of vodka, one drink comprises 1.5 fluid ounces of the beverage (assuming it’s the typical vodka that contains 40% alcohol).

Also, binge drinking is a huge risk factor. This is defined as having more than 5 drinks per day at least once a week.

Other risk factors for alcoholism include:

How do I know if my vodka drinking is developing into alcoholism?

Drastic changes in behavior usually accompany alcoholism. If you notice any of these, you have reason to suspect that you might be suffering from alcoholism.

There are also physical symptoms, such as:

Can alcoholism be treated? 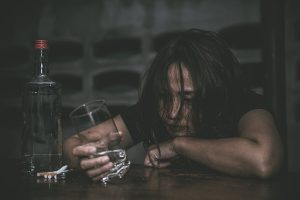 If you find yourself dependent on vodka and having the symptoms of alcoholism, there is hope for you. Many treatment methods are available for alcoholism, and all have one thing in common: promoting abstinence. Once you have fully recovered, you will have stopped drinking altogether.

There are different stages to treating alcoholism. The first often involves medically assisted detox, which helps your body clear out all traces of alcohol. Detox also helps you manage withdrawal symptoms, making the process as safe and comfortable for you as possible.

Next comes rehab, which teaches you new ways to cope with stress. With that, you will learn new habits that don’t involve drinking vodka or any alcoholic beverage.

You may also go through counseling. Here, you work with a counselor to unpack emotional issues that may have caused your drinking problems. You will learn to address these issues properly so you don’t have to resort to alcohol to solve them.

If you have severe alcohol withdrawal syndrome, you may also be given medications to treat these symptoms.

Another common part of recovery is joining a 12-step group like Alcoholics Anonymous (AA). Here, you will team up with fellow recovering alcoholics to share experiences and best practices with each other.