How To Treat Morphine Addiction

Morphine is a common drug used to treat moderate to severe pain. It is derived from the opium poppy plant, so it’s in a class of drugs called opiates.

Opiates work by blocking transmission of pain signals from the brain. The drug molecules target parts of the brain called opioid receptors. Once morphine is bound to opioid receptors, pain is relieved.

However, morphine also has addictive side effects. For one, the drug can produce a calming, sedating effect. This may lead people to feel like they’re in a dreamlike state. This pleasant feeling is what many morphine users seek, and that’s why the drug becomes addictive.

Are there any treatments for morphine addiction? Read on to find out more.

How does addiction to morphine happen? 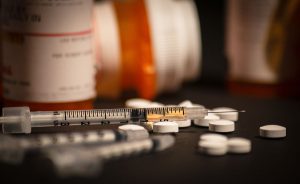 For most people, they do not intend to become addicted to morphine. People who are on prescription for the drug often use it as intended, and it does work well to relieve their pain. But even those with legitimate prescriptions can fall victim to morphine addiction.

The addiction usually begins with taking more morphine than what’s prescribed. Some people do this when they feel that the painkilling effect of the drug is not as strong anymore. They increase their dose hoping to get the same pain relief as before.

In some cases, it does work, but not without dangerous consequences. For one, people may inadvertently sedate themselves. In other words, they can lose consciousness all of a sudden. Another consequence is feeling the euphoric relaxation effects, which are quite pleasurable. This can lead to drug-seeking behavior as people keep wanting to get that pleasurable high.

When they have experienced this high, more often than not, they would keep wanting to take morphine even after their prescription has ended. They may seek out additional prescriptions by faking illness, or some would resort to black market versions of morphine.

Buying the drug on the streets is particularly dangerous. Not only do these street versions contain morphine, but other unknown ingredients as well. These additional ingredients may be poisonous, causing additional damage to the body.

What happens to people who are addicted to morphine? 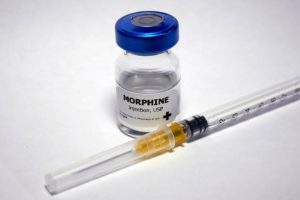 People who become addicted to morphine would show drug-seeking behaviors. In other words, they will make every effort to get more of the drug when they want it.

Morphine is a tightly regulated drug. It is classified under Schedule II substances by the DEA (Drug Enforcement Administration), so no one can buy it in a pharmacy without a prescription. In fact, it is a criminal offense to possess morphine without a valid prescription.

Because of this, some people resort to “doctor shopping” to get additional prescriptions. They would visit different doctors presenting with fake symptoms. Then, with more prescriptions on hand, they can “legally” buy more morphine.

Drug-seeking behaviors will also affect many aspects of their lives. Work and school would be impacted a lot. Instead of attending to their responsibilities, people with morphine addictions would ditch their work or studies to make more time for the drug.

They would also spend more money buying up morphine. Soon enough, they will run into financial trouble. They may get into a lot of debt, or worse, resort to stealing just to get their morphine fix.

They may even neglect their own hygiene and grooming. Taking the drug will become a higher priority than keeping themselves clean and presentable.

This addiction will also make people spend less time with their loved ones and friends. Drug use will overtake family obligations and hanging out with friends. Eventually, these relationships may turn sour, especially when the individuals with addiction display crass or violent behavior.

With their usual relationships strained, they would have a new circle of friends. But these new people are fellow drug users, which only encourages people with addiction to keep their drug habits.

Eventually, these individuals can no longer live a normal life without taking morphine. The drug will become a daily necessity for them, as much as food and water.

At this point, morphine is their go-to stress reliever. Whenever they feel anxious, sad, angry, or any strong negative emotion, they will take the drug. The euphoric effects provide a temporary escape, but they often end up feeling worse. Doing this over and over again further fuels the addiction.

Is it possible to quit morphine?

If individuals with morphine addiction try to quit their drug habits themselves, they will experience withdrawal symptoms. These can range from mildly annoying to very serious. Often, the discomfort they’ll feel is so much that they would rather take morphine again to make the symptoms go away quickly. For this reason, attempts to quit alone often are not successful.

Morphine withdrawal symptoms include the following:

Are there treatments for morphine addiction?

With professional help, it is possible to recover from morphine addiction. The first step is to talk to a certified addiction professional, whose job is to devise personalized treatment plans for those suffering from addictions.

One crucial step in morphine addiction recovery is called medically assisted detox. The goal of this is to flush out all traces of the drug from patients’ bodies. Also, the detox will help wean them off morphine. At the end of it, they can live normally even without taking any morphine. In some cases, medications may be given to help minimize withdrawal symptoms. Also, during detox, doctors are always standing by to help in case of any problems.

Full recovery from morphine addiction also relies on behavioral therapies. These aim to educate patients on the root causes of their addictions, triggers for drug cravings, and bad habits to eliminate.

Some behavioral therapies also teach patients to develop good habits and healthy ways to cope with stress. As a result, morphine will no longer be their go-to stress reliever. Later on, they will regain control of their lives, and they can live independent of drugs.