Among the many mental illnesses that exist, anxiety disorders are the most common in the United States. Based on data, every year, about 40 million Americans aged 18 and above are afflicted with these conditions.

The good news is there are many treatments for anxiety disorders. Despite that, less than 37 percent of those with these conditions get treated. One of the often-cited reasons for this low statistic is the cost of treatment.

If you happen to be suffering from an anxiety disorder as well, you might be wondering about the cost of anxiety treatment. Is it that expensive? Read on to find out.

What are the different types of anxiety treatments?

Mainly, there are two kinds of treatments for anxiety disorders: psychotherapy and medications. In most cases, both are recommended for the best recovery outcomes.

Here are each of them in detail. 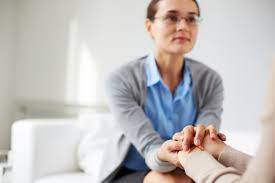 This kind of anxiety treatment is also known as counseling or talk therapy. As the name suggests, the treatment involves talking to a therapist about your condition. You and your therapist will work together to ease your anxiety.

There are many different kinds of psychotherapies. One of them, called cognitive behavioral therapy, is the most commonly used. Research has also shown that this therapy is highly effective in treating anxiety disorders.

Cognitive behavioral therapy usually is a short-term treatment, where your therapist will teach you a set of skills you can use to improve your condition. One of its components is called exposure therapy, and its aim is for you to gradually get used to the things that trigger your anxiety. Eventually, you will build confidence and will no longer have to avoid those situations.

Anxiety disorders have biological components as well. One common explanation is the chemical imbalance theory, which suggests that certain chemicals in the brain, called neurotransmitters, can be thrown off-balance and lead to anxiety and mood disorders. Some of the neurotransmitters involved in anxiety disorders are named serotonin, dopamine, norepinephrine, and gamma-aminobutyric acid.

Take note that some of these medications (such as TCAs and SSRIs) are antidepressants, meaning they’re mainly used to treat depression. However, studies have shown that these medications are also effective in alleviating anxiety symptoms.

Medications may have side effects, so you may tell your doctor if you’re concerned about them before he prescribes medications. In particular, benzodiazepines have the most serious possible side effects, so they are not prescribed to just anyone with anxiety disorders. Also, benzodiazepines are prescribed only for short times as they are potentially addictive if taken for too long.

Other anxiety medications, like SSRIs and SNRIs, can take several weeks before you notice their effects. Because of that, you need to keep taking them for a longer time.

How much do these anxiety treatments cost?

The cost of these treatments depend on a few factors. These include:

If your therapist has completed more advanced degrees, such as a doctorate, and is licensed, his professional fees are higher. Additionally, if he has training in a particular kind of treatment technique, he may charge even higher.

The location of a treatment center also exerts a big influence on the price of the treatment. If it’s in a more expensive city, the costs are higher than treatment centers located in more suburban or less expensive areas. 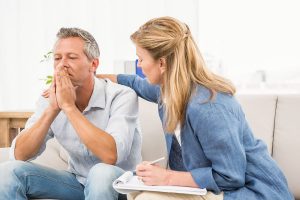 There are also generic versions of anxiety medications, which are significantly cheaper. Generic meds are just as effective as the branded ones — they have the same ingredients and strengths. So, you can save a lot on your medications if you buy generics. They can bring your monthly costs down to only 67 dollars on average, and that’s still without insurance.

How much will health insurance help in bringing down the cost of anxiety treatments? 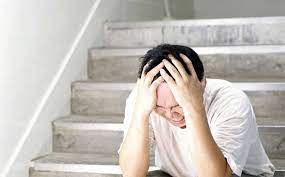 If you have health insurance, it’s a good way of helping pay for therapies and medications. However, not all insurers work in the same way. Different insurance companies have varying policies when it comes to mental health care. It’s best to ask your insurance provider first so you can know how much they will cover. Take note that not all insurers cover the entire cost of treatment.

If you’re an employee, your company may offer therapy and counseling sessions as part of their employee assistance programs. This is separate from your company-issued health insurance plan.

Another thing to consider is not all therapists accept insurance, especially those in private practice. One huge reason is many insurance companies do not reimburse their professional fees in full.

For therapists that do accept insurance, they have to be in-network with your insurance provider. Check with your therapist first if they are accredited by your insurer.