How Much Heroin Do I Need To Take To Get Withdrawal?

Heroin is a popular illegal drug made from the seeds of the opium poppy. It belongs to a class of drugs known as opioids, which includes morphine, oxycodone, fentanyl, and many others. Many opioid drugs are FDA-approved for use as painkillers; however, heroin is not one of them.

Heroin is often sold in the black market as a powder. This can be white, gray, or brown, depending on the other ingredients used to manufacture it. Another variety, called black tar heroin, appears as a black, sticky fluid.

Heroin is often smoked or snorted by many users. Some would inject it directly into their veins, and this is the most dangerous method of administration.

If you have been using the drug for a while now, you may experience heroin withdrawal when you try to stop taking it. But how much heroin should you have taken to get withdrawal? Let’s find out.

What does heroin do to my brain? 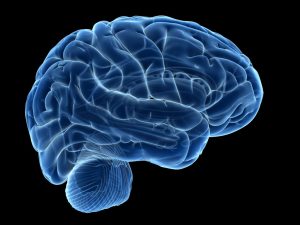 Before knowing how much heroin will cause withdrawal, let’s first look at the effects of the drug on your brain. Heroin, just like other opioid drugs, act on parts of the brain known as opioid receptors. Once the drug molecules bind to these receptors, they stimulate the release of a molecule called dopamine. Dopamine is a neurotransmitter — in other words, a chemical messenger — in the brain responsible for producing feelings of pleasure, reward, and motivation.

Heroin is a fast-acting drug, so as soon as you take it, you will begin to feel its pleasurable effects. Afterwards, you will feel as if the world around you is slowing down. Your thinking and muscle movements may also slow down. This may last for several hours.

Even then, the pleasurable feelings will encourage you to take more of the drug to feel good again. If you take heroin often enough, the drug will hack your brain’s rewards system. Over time, you will not feel pleasure anymore if you don’t take heroin.

When your brain has become used to the effects of heroin, it will struggle to adjust when the drug is suddenly gone. Heroin withdrawal symptoms develop because your brain is having trouble adjusting to the absence of the drug.

Most of the time, withdrawal symptoms can get so uncomfortable that they can compel you to take heroin again just to make the symptoms go away.

Here are some of the common heroin withdrawal symptoms:

In severe cases of withdrawal, these symptoms may also show up:

In some cases, these withdrawal symptoms can turn life-threatening. Constant vomiting and diarrhea, for example, can cause dehydration. Later on, dehydration may lead to more serious complications, like brain damage or heart failure.

Also, excessive heroin use may cause your breathing and heartbeat to slow down to dangerous levels. If they slow down too much, it becomes fatal.

How much heroin does it take to cause withdrawal? 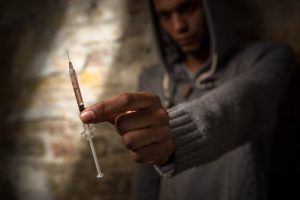 There is no hard and fast rule as to what specific amount of heroin needs to be in your body before you become prone to withdrawal symptoms. The intensity of the drug’s effects, how long they last, and how soon dependence will develop is different from person to person. Factors such as age, body weight, metabolism, and health conditions affect the way heroin influences a user’s body.

These symptoms make you even more dependent on heroin. Going for even one day without taking the drug can make you extremely uncomfortable. At this point, you may not be able to function properly without heroin. But if you keep taking the drug, you will likely end up with a substance use disorder.

Is there a way to take heroin while avoiding the withdrawal symptoms? 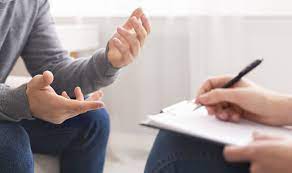 Unfortunately, because of the addictive and mind-altering nature of heroin, there is no “safe” way to take it. If you are taking heroin, chances are you will experience withdrawal symptoms sooner or later. The only way to avoid withdrawal is to abstain from the drug entirely.

If you already have a habit of taking heroin, and you want to quit, the best way is to go through a full rehab program. That way, you get help from medical and mental health professionals, which increases your chances of a successful recovery.

The first step of rehab usually involves detoxing from heroin. The detox process will be facilitated by medical professionals who will help you taper off your dose and manage any withdrawal symptoms that might show up. You may also be prescribed a few medications for better management of withdrawal as well as to curb any drug cravings. Examples of medications used in heroin rehab are:

Overall, the goal of these therapies is to teach you healthy coping mechanisms and effectively handling negative emotions. Some of them will also help you identify the root causes of your addiction and the correct way of handling them.

With the skills you learn from rehab, you can stay off drugs for good once you’re done with your program.